Founded in 1997 by Laura Vinroot Poole, Capitol is a luxury clothing boutique in Charlotte, North Carolina that features designs from Valentino, Giambattista Valli, Balenciaga, Saint Laurent, Gabriela Hearst, and Carolina Herrera, along with high-end jewelry and accessories by Marie-Helene de Taillac, Irene Neuwirth and The Gem Palace. Most of Laura’s curating comes from a genuine affection for the designers themselves, many of whom she has fêted in her store’s signature space—a lush atrium with a vertical garden designed by botanist Patrick Blanc. 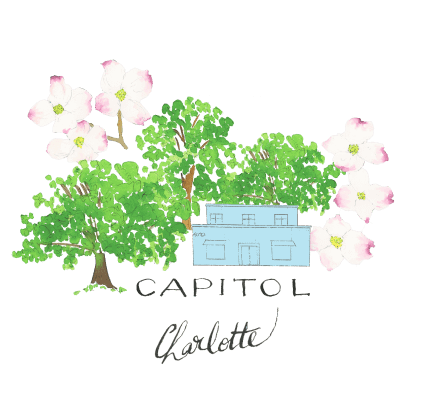 In March 2019, Capitol opened its second location in the Brentwood Country Mart, affectionately known as Capitol Brentwood. Originally founded in 1948, the Brentwood Country Mart is a beloved retail village located on the west side of Los Angeles that is known as a collection of the best stores in the world – the perfect new home for Capitol. Capitol Brentwood carries a unique edit of brands such as Dries Van Noten, The Vampire's Wife, Roksanda, Alejandra Alonso Rojas, Olympia Le-Tan, and Swedish Hasbeens. Laura partnered with her best friend, celebrated jewelry designer Irene Neuwirth, to create an Irene Neuwirth shop-in-shop, which houses the largest collection of her jewelry outside of Irene’s West Hollywood flagship. 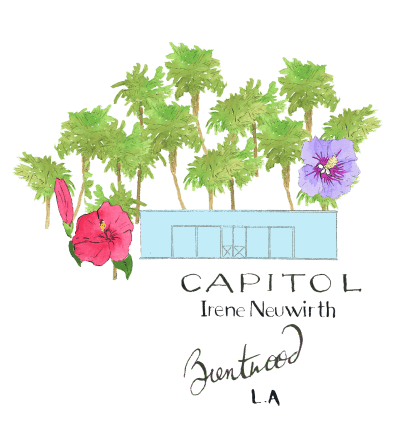 As an extension of the Capitol family, be sure to visit our sister & brother stores, Poole Shop and Tabor.

You cart is currently empty